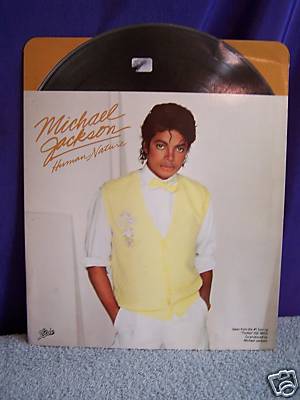 “Did you hear about Michael Jackson?” my aunt Donna asked me. I mumbled, “Yeah,” because properly attaching my beautiful, blue bike to the bicycle rack on her car seemed more important than the death of a pop star. Michael Jackson was already dead, after all, but if I didn’t figure out these straps and plastic doohickeys, my dear sweet Bluebell might die too, underneath the wheels of an SUV not leaving enough following distance. (Three seconds, people! Remember that when you’re renewing your license.)

Little did I know that THE MOST IMPORTANT PERSON IN THE HISTORY OF THE WORLD EVER had just died!!!

Yes, not even Ronald Reagan’s passing garnered as much publicity and attention as the death of Michael Jackson, and it certainly didn’t spur a tribute concert at the Staples Center, complete with elephants. I just wrote a big long paragraph acknowledging all of his accomplishments as a way to fend off any nasty comments from his fans, but then I deleted it because I just don’t care. I know the guy was famous and influential and talented and eccentric, and I know if you were a fan you’d be really sad now and that’s perfectly ok, but WHAT THE BEJEEBUZ, people?! Could we just shut up about him already?

I turn on Good Morning America and they’re talking about his kids. I pull up MSNBC in my web browser and they’re writing about his will. I turn on the nightly news and there’s paparazzi footage of his ex-wife. I listen to my podcasts (that have NOTHING to do with music) and they’re playing his songs between breaks. I listen to NPR on the way home and they’re talking about his tribute concert. When I go to the bathroom, I half expect to see Bubbles the chimp using the cat’s litter box because Michael Jackson has infiltrated every media channel in my life and I just want it to stop. STOP THE MADNESS, PLEASE!!!

As a way to fully purge the man from my life, let me share my one and only Michael Jackson anecdote. In fourth grade, we had one hour a week assigned to visit the computer lab. We’d all line up in a row to march down the hallway to play Oregon Trail and Number Munchers and Odell Lake or program the turtle in LOGO to spell bad words. Our teacher issued everyone folders to keep our worksheets in. She had gotten them free somehow since teachers never have enough money for supplies. I didn’t know who the guy on the folder was at the time, nor did I care, but I really wish I had a photo of the 20 members of my 4th grade class walking down the hall in a single file line holding identical Michael Jackson “Thriller” folders. Needless to say, the pedophilia charges had not yet surfaced at that point, otherwise I bet we would have had to buy our own folders.