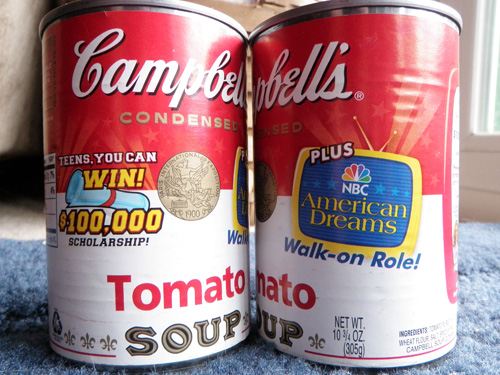 “Um, PastaQueen. What did you order?” my friend C. asked as she flipped through the menu trying to make a decision before the waitress came back for a third time.

“The Ouch-cinch-wands soup,” I told her as I tried to pronounce the words “Ochsenschwanz Suppe” off the menu at the German restaurant we were eating at before attending a concert across the street. She flipped through the menu and read the description. “Uh, did you see what’s in that?” she said as though she were warning me that the waiter had spit in my soup. “There’s …ox tail.”

“I know! That must be why they put the port wine in it too!” I replied.

“Ox tail?” our friend K. said from across the table. “Wow, do you think it’ll be served with a big, stalk of hair sticking up, like a fan?”

“I don’t know, I’ve never had ox tail before. That’s why I’m trying it.” After seeing the looks of horror on my friends’ faces, I realized that after tasting so many new fruits and vegetables in my Lick the Produce Section entries this past year, I’ve started trying new foods without even thinking about it. In fact, I’m more willing to order a food at a restaurant if I’ve never had it before. Snakes and snails and ox tails, watch out, my digestive tract is coming for you!

A few minutes later the waitress set a cup of soup in front of me with a package of crackers. Oxen’s tails actually have meat in them. The soup was very thick, more like a stew, and if you hadn’t told me there was an ox tail in it I would have just assumed it was regular beef. And no, there was no hair in it.