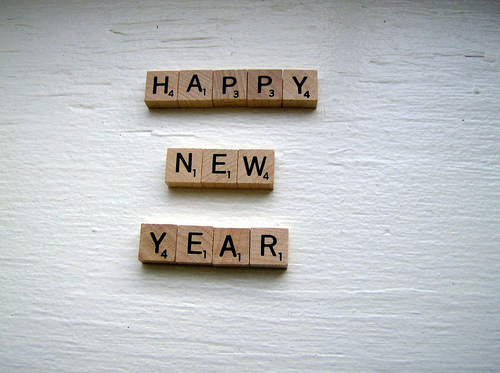 I can tell it’s weight-loss season because I’ve gotten more emails asking for weight-loss advice in the past two weeks than I did for the last two months. I think some people are finding this site and my email address after they purchased my book Half-Assed: A Weight-Loss Memoir. If so, thanks for buying the book! I truly appreciate the support. Eighteen months ago I quit my job to freelance full-time as a web designer and writer. (That’s right. I stuck it to the man! And the man has yet to stick me back.) So, I depend on book royalties to pay rent and buy lots of chocolate healthy veggies. I guess that means it’s really my landlord and Food Lion that thank you.

In the interest of full disclosure, I want to reiterate a fact that I’ve blogged about and posted on my About page, which is that in the past three years I’ve gained back about 50 pounds from my lowest weight. This was mainly due to a never-ending headache from hell, but eventually apathy and boredom snuck in there, too. So much so that for the past few months I haven’t been eating that healthy, nor have I been exercising regularly. So, when people write me asking how to lose weight (or “loose” weight, because the only thing worse than too much weight is tight weight) I’ve felt an urge to reply, “I dunno! Ask someone else! And bring me a cookie!”

However, it’s the new year, and the resolution I made six years ago (Dear God, has it been that long? Am I really 30?) worked out pretty well, so I thought I’d make another one. My resolution isn’t to start a diet or run another half-marathon or anything like that, it’s just to make better food choices and to work out at least three times a week.

There is a part of me that looks back on the time when I was exercising 6 days a week for 30-60 minutes and cooking dinner every night and thinks, “You should jump right back into that again!” But there is a more realistic part of me that thinks it’s silly to go from 0 to maniac in a day. Working out 3 days a week is better than working out none. I also think diets are silly, so I prefer to frame my new eating behavior in my mind as “making better choices.” If I make better food choices, choices that do not involve buying Krispy Kreme donuts at 10 o’clock at night, than I’m doing better than I was before, even if I’m not eating as healthy as I did at my peak. Really, it all comes down to choices. Everything in life comes down to choices, outside of what we can’t control like earthquakes and tsunamis and neighbors who play bagpipes.

I’ve been keeping a food diary, recording my weight on the wall calendar every day and then writing my exercise for the day down next to it. (And if you haven’t done Pilates or lifted weights for over a year, be prepared not to be lifting anything for three days afterward. Or sitting up.) So, I’ve got a plan, I’ve got accountability, and it’s been going pretty well for the past week. Then I’ll make it through the next week and the week after that, just like I have with my headache. One day at a time, people.

Most important of all, besides the optimism and hope of change that comes with the new year, I feel like I’m more mentally in the game right now that I have been for any time in the past few years. In that time I’ve had to deal with an ongoing medical problem, learn how to manage my own business, and I moved to another state. There was a lot of shit going on, and weight loss honestly wasn’t that important. I still weigh over 100 pounds less than I did at my heaviest, so it’s not like my weight has been making me miserable and trapping me in my home like it used to. I’m not back at square one, I’m back at square 50 out of 200. It’s been manageable, if not optimal, which might be why weight loss hasn’t been the primary occupation in my life like it was when it was destroying my life.

Right now I’m feeling my freelancing groove, I’ve settled into my new home, and my headache has been staying pretty steady at a 1 out of 5 on my latest medication cocktail. (Unfortunately it has the side effect of making my heart skip beats occasionally, which the doctor says is not a big deal nor is it the life-threatening, call-911-NOW-PLEASE!!! condition you would immediately assume it is when you feel your heart pause and then make a big THUMPing jumpstart. It’s freaky, but better than a headache!)

So, here we go 2011! Here’s to better choices! My heart’s already skipping a beat in anticipation.

It’s a new year, so I thought I’d try something new: a video blog. Yes, that is me in front of my new lined empire silk curtains, only $10 a panel from Big Lots. (Thank you Linens-N-Things for going out of business!) Also note, I am aware that I refer to the Julian calendar in the video and I am also aware that most of the world uses the Gregorian calendar. For those of you who think I made a silly error that I was too lazy to dub out or to reshoot the video to correct, you are totally and completely wrong. I am a rebel who uses the Julian calendar and I wish you a happy day on this, the first of Ianuarius 2009.