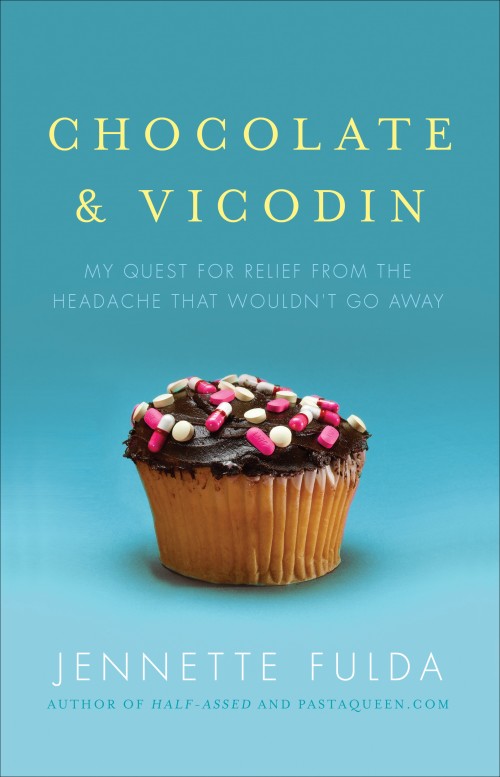 Roni just posted the first video from the FitBloggin’ 10 conference, and as luck would have it (good luck or bad luck, I dunno) it’s of my panel, Beyond the Blog: Getting Published. As I’ve mentioned before, I cringe at watching myself on video. This reaction used to be because I couldn’t believe how fat I’d gotten, but now it’s more because I wonder, “Do I really talk like that? Are those really my mannerisms? I don’t come across the way I thought I did at all!” The Jennette in my head is not exactly the same as the Jennette on tape. Regardless, I’ve embedded the video below, so if you couldn’t make it out to DC you can now relive the magic in 500×330 pixels.

Ok, I tried embedding the video here, but Vimeo won’t have any of that. It’s something to do with permissions, yadda, yadda, yadda, pay us money. So you’ll just have to pop on over to the Fitbloggin’ site to see it or click on the screenshot below. 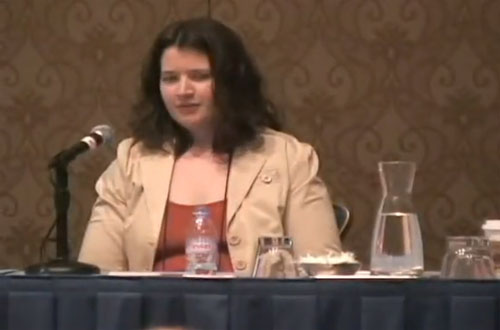 The first person I told about the book deal was the HR lady. It was during my exit interview.

“So, why are you leaving us?” she asked.

“Well, I just got an offer on my book proposal!” This was also the point at which I expected to ride home on a unicorn via a rainbow, because that is another thing that only happens in dreams. I was probably the happiest exit interview the HR lady ever had the pleasure of conducting. I smiled and laughed and bounced around happily in my seat before dancing back down to my desk to reread the email I had just gotten. Then I told my boss and my coworkers about the offer and they were happy for me, and slightly stunned, but I’m sure the “I’m quitting to pursue writing!” speech I’d given last week suddenly seemed a lot less flimsy.

So yes, I have been all sneaky-like and wrote a book proposal, which I sent to agents, and one of them liked it, so we joined forces and she suggested revisions, and I made them, and then the other agents at her agency suggested more revisions, so I made those too, and then she sent it out to publishers, and I waited, and then one of those editors liked it and offered me money to sit at home and write it, which means I can afford to buy food, which will make the experience all the better because writing is easier with chocolate pudding on hand.

I do not have a release date yet, but I would guess my book will come out in 2010, perhaps 2011. It’s tentatively called Chocolate and Vicodin: And Other Failed Cures for the Headache that Wouldn’t Go Away and you can pretty much guess what it is about. As the announcement in Publisher’s Lunch said yesterday, “[Jennette Fulda] humorously explores the twisted maze of eastern and western medicine as she visits doctors, acupuncturists, and chiropractors, and ingests pills, pot, and obscene amounts of ice cream, all in search of the elusive cure for her chronic pain.” It’ll be released by Pocket Books, an imprint of Simon and Schuster. Look! They have a cute little kangaroo for a logo:

Big thanks to everyone who helped make this possible with their advice and support, especially the fabulous Miss Holly, Rachel, Jen, Erin, Wendy and Jennifer (who I don’t have a link for). I did not simply skip into the lobby of the publishing house and pick up a book contract at the receptionist’s desk. I’m truly grateful this deal happened and I feel fortunate to have the opportunity to write another memoir. Just because you write one book does not mean you necessarily get to write another. But really, if you’re going to have a headache for over a year, you may as well get a book deal out of it. There was a TON of work that went into making this happen, and the process only reminded me of how much toil and trouble goes into putting out those bound sets of pages.

I also wanted to thank you, my readers, for sending me crazy emails. They really made the proposal pop. Don’t worry, I won’t include your email addresses.