When email piles up in my inbox, it is usually because I am avoiding taking action. A message with an old timestamp is usually related to a task I don’t want to do or to a question I’m not sure how to answer. For me, a messy inbox signals procrastination, and the more I avoid email the more it piles up.

Lately, I have been working to clear my inbox every night. This doesn’t mean I’ve necessarily answered every message, but I have at least archived or sorted what has been sent to me. I have folders labeled “To do” and “Respond to.” This saves me time because I am no longer reading and re-reading and reading again the messages in my inbox and telling myself “I need to reply to that” and “Still haven’t replied to that” and “I really need to do that thing that person is asking about.” It’s less repetitive. My mind gets out of a recursive loop.

Clearing my inbox also makes me act on messages I’m avoiding, so I get more done. I’ve also started replying to some messages right away, even if that’s only a minute or two after the sender sent them. I used to hate doing that since I thought it was freaky to appear glued to your email, but now that everyone has a Blackberry or iPhone, it seems more normal to always be cuddled up to your inbox. It also helps clear mental space because an email is taken care of right away instead of taking up room in my inbox and my mind.

Merlin Mann wrote some articles about the concept of Inbox Zero, and after I read them recently I was happy to realize I was already doing most of what he recommends. I am fortunate that I’m not getting hundreds of emails a day, but I do get a significant amount. The only tip by Mann that I’m loathe to adopt is the habit of only checking email a few times a day. This is supposed to make you more efficient because you are not constantly distracted by pings of messages arriving one by one. However, I sort of like being distracted from my day job by little messages every hour. Also, being a web designer, sometimes emergencies do arise with servers or blogs which I need to be able to attend to right away. If I only checked my email occasionally I might miss something important. That said, I was perfectly ok with checking email only once a day when I was on vacation.

What does your inbox look like? Anyone else ever feel overwhelmed by the glut of messages? 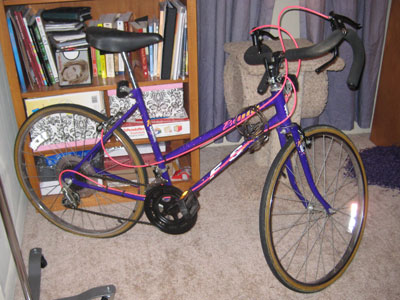