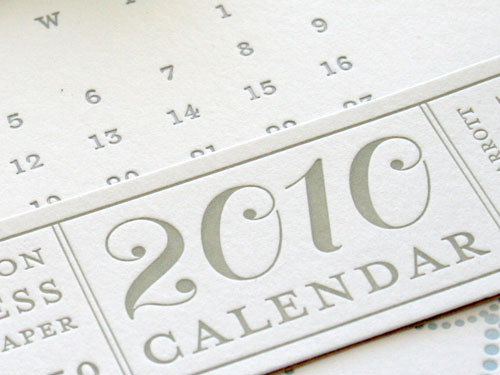 My neurologist told me to lose weight and I thought, “So, it has come to this, has it?” The last time a doctor told me to lose weight, I weighed about 350 pounds and was preparing to have my gallbladder removed. To make the day even more perfect, the neurologist’s nurse had weighed me on one of those old scales with big metal counterweights that slide left to right. I thought the digital revolution had rid us of those scales and the drawn out torture of watching the nurse politely start at a lower number and then slide, slide, slide, slide you up to a much bigger number.

I know people have various reactions to a doctor telling them they’re fat, but my first thought was, “Yeah, of course I need to lose weight.” Let us not forget the pant-splitting incident in January precipitated by the 50-pounds of headache weight gain (which I actually had forgotten until I was searching the archives for something else and found that entry). And losing weight has been on my mind for at least two years, ever since the headache screwed up so many of my routines. I do find it bizarrely twisted that I gained so much weight because of the headache, and without it I would have no reason to be at a neurologist’s office nor on his ancient scale to begin with. My life is a real-world logic problem.

So, this August I have been making changes, which was another reason I decided to move to Chapel Hill. It is easier to be healthy here. People ride bikes, not just for fun, but to get places. There are walking trails. There are sidewalks. There are trees and creeks and butterflies flitting about all over the place. It is effing idyllic. I fully expect an animated deer to follow me to the grocery store any day now. And now that it’s not 100-freakin-degrees every afternoon, it’s quite lovely to walk around town.

I have been walking daily for almost two weeks now, and I swear to God I try to talk myself out of it every morning. After I roll out of bed and dispense cat food, I sit on the couch for about an hour watching TV and then sit at my laptop going through emails until I eventually put my head down on my desk. Why? Because my doctor also made me give up caffeine and I do not know how human beings remained conscious before noon without it. Actually, I do know—by walking. Going for a 40-minute walk is the only thing that wakes me up now that I can’t suck down coffee. Last Friday I was going to give myself a day off for recovery, but eventually pushed myself out the door because I knew I’d flop on my bed and go back to sleep if I didn’t. And since I haven’t mastered the art of doing work in my sleep, consciousness is required for my continuing financial solvency.

Along with the caffeine killing, my doctor has made me give up artificial sweeteners and preservatives. My neurologist is a whole lot of fun, isn’t he? At my next appointment I suspect he’ll ban dancing and I’ll have to form a secret underground dance club for migraineurs. The diet changes mean I have to eat real food, which means I’ve had to start cooking again. I’ve also had to use real sugar or real honey as sweeteners, which I’ll admit FREAKED ME OUT. I have a sweet tooth, and I was concerned about how I was going to make my food palatable without drizzling it in 50 billion calories. However, as much as I hate to admit this, and I really do hate to admit it because I don’t want it to be true, I think my cravings have decreased now that I’m eating more real food and less Lean Cuisines and Diet Dr. Pepper. (I still love you, Dr. P! Come back to me!) So Goddamn this diet for being good for me. I hate you healthy eating!!

Reflecting on the past month and comparing it to my big weight loss between 2005-2007, I notice one big difference. I am much more resentful about healthy living than I was five years ago. The first time was a happy, fun adventure of self-discovery and change. This time, it’s been a drag-me-by-my-pony-tail-down the trail, begrudging return to healthy habits. I’ve haven’t been doing it because I particularly want to, but because I know I NEED to. And I do know it’s good for me, and I honestly do feel better because of these changes, but Dear Lord I miss my coffee and my sodas and sitting on the couch all day. I suppose this is how people who give up smoking must feel. They know it’s for the best, but they’d still kill a hobo for one last cigarette.

All of which reminds me of the time I saw the film Prince Caspian a while back, and the lion Aslan is talking with Lucy, and according to the Internet she says “Aslan, why didn’t you come roaring in and save us like last time?” and he say “Things never happen the same way twice, dear one.” And when I watched that I paused for a moment and thought, Damn, that stupid fucking lion, but he’s right. Things don’t happen the same way twice. The way I lose weight today is not the same way I lost weight five years ago. I can’t just repeat the things I did before. I’m a different person now, who got a headache, traveled to Europe, and moved to another state. What worked for 25-year-old Jennette is not necessarily what will work for 58-days-until-she’s-30-years-old Jennette. I don’t feel the same way about it all as I did then.

That is the challenge of it all. What works now won’t work forever. You have to keep changing and adapting, because life keeps changing whether you like it or not. So I will take my morning walks and cook food on a stove instead of in the microwave. I don’t like it in the same way that I did five years ago, but I’m starting not to loathe it with the intensity of my back gas burner. I might even start to like it again. Who knows? And if I see that damn talking lion on one of my walks, I’ll tell him thanks.