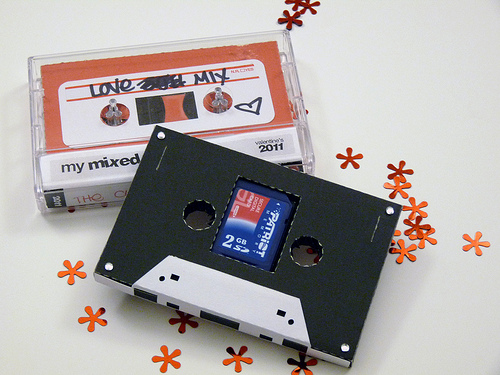 I used to make mixed tapes for friends, actual tapes, which is one of those signs that I’ve been on the planet longer than a steadily growing percentage of the population. I make mixed CDs now and don’t even own a tape player, which means I won’t be listening to the recordings of my 6th grade band concert any time soon.

Sometimes I get high-concept ideas for CD mixes, like a mix of songs that track the progress of my life. Or a CD where all the tracks are covers of the same song. My latest concept is “Same Name, Different Song” which consists of songs that have the same name but aren’t covers, just totally different songs. Here’s what I’ve come up with so far:

Can you guys think of any others? If I were a programmer and cared more, I could probably write a script to parse my media library and find all the matches for me, but it’s more fun to ask you guys.

BTW, I realize my last two posts have been about music. I promise this isn’t going to become PQ’s Music Blog. It’s just a coincidence.