After years of my love and devotion, finally, my favorite valentine reciprocates my love. 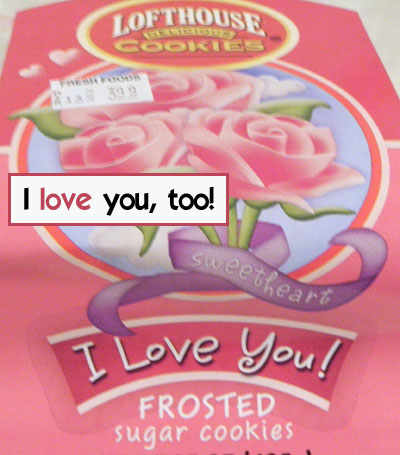 I love you, too, Lofthouse Cookies! Be mine forever! 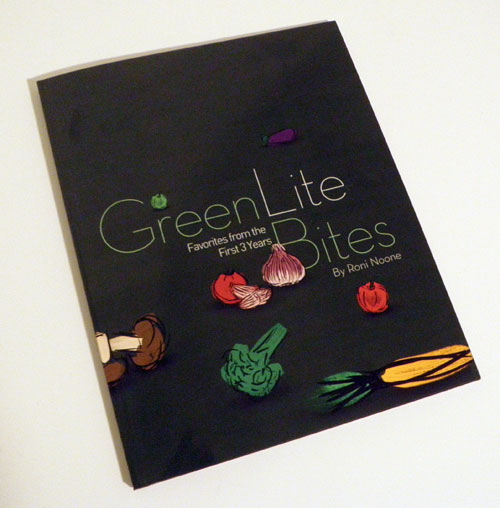 Disclosure: I was sent a free copy of this cookbook to review. Also, Roni is a cool chica I’m proud to call my friend.

Roni from Green Lite Bites (and a couple zillion other sites) published her first cookbook this year. It’s called Favorites from the First Three Years and contains—you’ll never guess!—her favorite recipes from the first three years of food bloggin’.

I’ve got to give Roni big props because her cookbook is beautiful. She put it together while raising a kid, incubating a new one, planning a blog conference and working for herself full-time, so honestly she’s making us all look bad. It’s got lots of large, full-color photos that make you want to eat the pages. Each recipe also has three tips or suggestions for variations on the recipe in case you don’t like one of the ingredients or just want to switch things up. She even calculated the calories, fat and fiber information for each recipe, which means she’s good at cooking and math. I also enjoyed the short introduction that explained what cooking and healthy eating has meant to her. The only thing that could have made this cookbook better is if it had come with the food it tells you how to make. 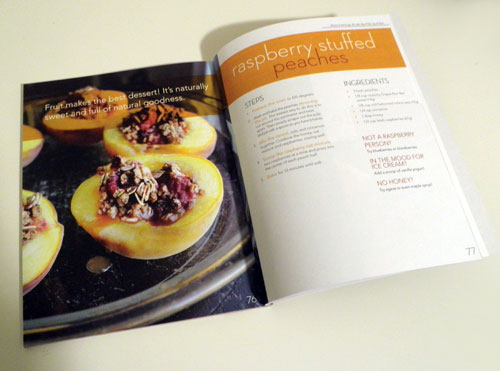 The cookbook is a paperback coming in at 80 pages, but she packs a lot of content into those pages. I prefer to have a smaller cookbook where you actually make the recipes instead of having a big, fat, heavy one that you use for 2 or 3 meals at most. You can buy the cookbook here for $19.95 and also view some companion videos. Tell ’em PastaQueen sent you! (It won’t get you a discount or anything, but I sure will feel special!) 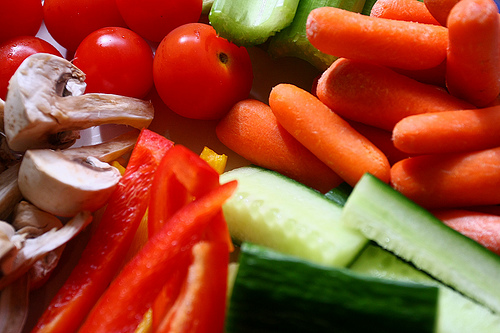 After looking at the food diary I’ve been keeping for the last two weeks, it’s hard to figure out when the last time was that I ate a vegetable. Fruits? Check! I have devoured pears, mangoes, and even little pineapple bits in my yogurt. Vegetables? Hmmm, well the Subway sandwich had some lettuce, tomato and red onion on it, so technically that counts. And the Palek Paneer I got at Whole Foods was full of spinach, but I was eating it more for the cheese.

I used to snack on baby carrots and hummus, but I can’t seem to find the baby carrots at the grocery store I visit most often, so either they’re hidden or the baby carrots grew up fast like kids do these days. I also used to snack on celery, mostly because of that delightful crunchy texture, which is almost worth getting celery veins stuck in my teeth. I just haven’t bought any lately. Otherwise, I’m not much of a veggie fan, mostly because of the work involved to make them taste good. I enjoy eating most fruits without any preparation, but to make vegetables palatable I have to sautee them, roast them, or sprinkle them with spices or seasonings. Honestly, that’s not that much extra work, but it’s enough to make me choose an apple instead.

So, mental note, more veggies! They have important vitamins and nutrients. They are typically not calorie dense and fill you up. One question though, does popcorn count as a vegetable? 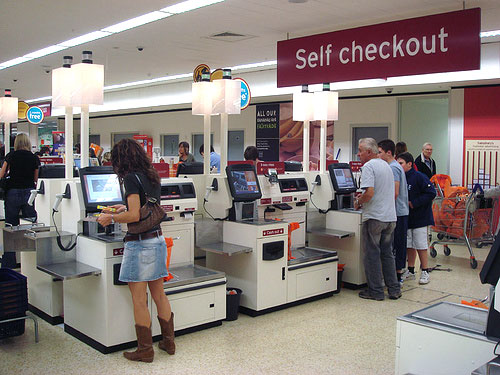 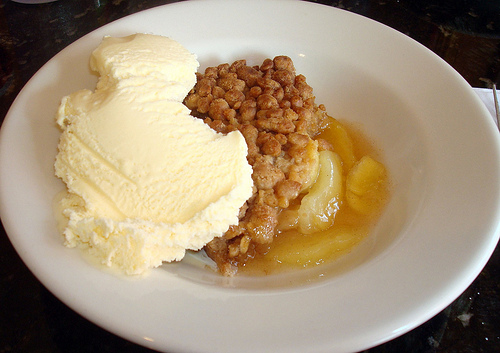 Two seconds: The amount of time I wish would elapse between eating my last bite of Thanksgiving dinner and starting on Thanksgiving dessert.

Two hours: The amount of time that actually elapses.

Complete hell: The amount of time in between these two events.

Over the years I’ve had varying opinions about whether food addiction exists and if I have it, but the single-minded focus I felt in anticipation of devouring some dirt cake and apple crisp on Thanksgiving presented a strong case for its existence.

Literally the moment I finished eating dinner, I wanted to eat dessert. I love sweets and I knew there was a delicious concoction of crushed Oreos, whipped cream and cream cheese sitting in the fridge. I found myself sitting at the table while other people were still finishing their meals thinking, “Oh my God! Eat faster! Don’t you want dessert?!” Then when we were all done, we helped with the washing up. (I supervised!) And people mingled. And went to the bathroom. And started chatting. And while it really is lovely to catch up with family and friends, OH MY GOD COULD WE PLEASE HAVE DESSERT?!

Of course, I couldn’t just scream that to everyone in the dining room, because it would be totally weird and embarrassing. Instead, I had to sit around pretending I wasn’t thinking about doing horrible things to my blood sugar levels. Secretly, though, I was wishing we could get the dessert plates out already. (I’d be happy to help!) And when I wasn’t thinking about crushed Oreos, I was thinking of how disordered this way of thinking is, and how “normal” people probably don’t feel this way about dessert, and wishing this craving would go away please for the good of both my health and my waistline. But it didn’t. Addiction never goes away. The lil’ fucker.

Eventually we did have dessert and it was very good. Yum. Yum to the yum, yum, yum. I enjoyed it very much, and somehow managed to eat until I was full but not stuffed. Small victories, y’all. Small, small, victories.