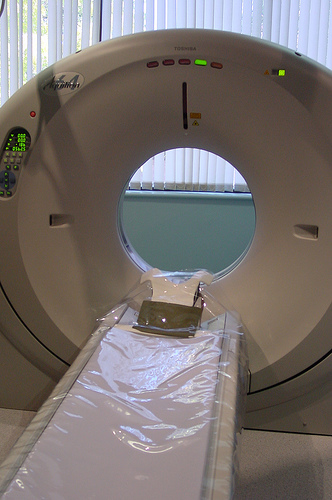 Here’s an article that I’ve filed under, “Well, that would have been good to know two years ago.”

15,000 will die from CT scans done in 1 year: Scans have higher levels of radiation than thought, researchers say

I’ve had a sinus CT and a head CT within the past year, so if I ever get a cancerous tumor above my neck (or superhuman powers), I’m blaming the CT machine. Most frustratingly, before having the second CT scan, I asked a friend of mine who is a radiologist if it would put me at significant risk for cancer. She drew on the knowledge she had at the time, and reassured me that having two CT scans wouldn’t put me at that much risk. Whoops!

Mostly I just sigh at news like this, and reflect once again on the fact that what we don’t know about the universe greatly outweighs what we do know. I can look back on the 60’s and be shocked that women smoked while they were pregnant and that builders lined buildings with asbestos. But, people 30 years from now will no doubt look back on many of our practices with the same disbelieving shock.

On that note, if the CT machine could give you one superpower, what would it be? I’m going with the ability to fly. Up, up and away!