This is my recipe binder. 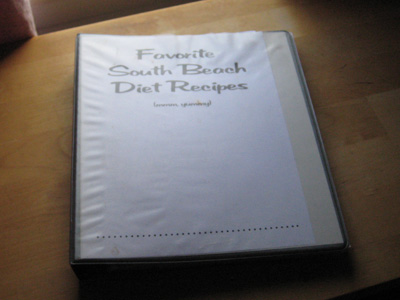 See its plastic, mayonnaise-proof covering? See its overly designed pages? See how I’ve collected all my favorite recipes into one binder? 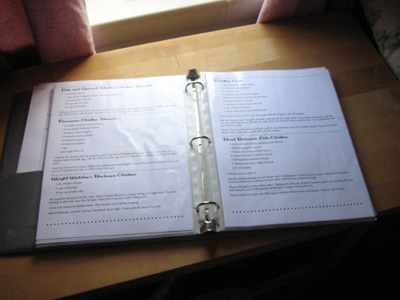 Recently I’ve received several requests for recipes I’ve given a thumbs-up to which presumably won’t make the scale numbers go up too. I also talked to a food blogger a couple months ago who said the weekends are her highest traffic days because people search for recipes on the weekends. I put one and one together, and I didn’t get three, so I’m going to start posting my favorite recipes on the weekend for those of you who want to try new dishes.

We’ll start out with Catfish Tuscany (made with orange roughy in Indiana). 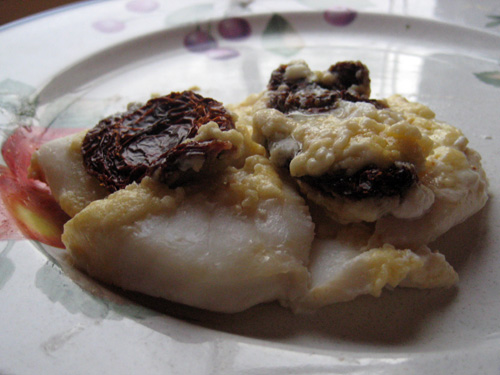 I was strolling through the fish section of the grocery store when I saw the big yellow “Manager’s special” sticker slapped on a package of catfish. I’d never eaten catfish, but I love cats and I love deals, so I bought it. Then I had absolutely no idea what to do with it. So I got on the internet and found a tasty recipe for Catfish Tuscany. (It’s scary to think how hard life would become if the Internet broke. I might have to go to the library or something.)

The recipe included ingredients I already had and looked rather simple, which are my main two requirements when choosing a new recipe. However, it also required me to use the broiler. Oh no! Not the broiler! I’d never used the broiler before and anything that heats up to 500 degrees scares me. However, cooking at such a high heat seriously reduces cooking time, so I tried it. The result was a yummy dinner that my brother liked so much he actually wanted the recipe.

Catfish isn’t always the cheapest fish at the supermarket, so I now make this recipe with orange roughy or tilapia or whatever I have on hand. I once tried to cook it in the oven at 350 degrees, but it made the butter run like Paula Radcliffe. I suppose the broiler crisps it and prevents that from happening. Here’s the recipe:

Preheat broiler to 500 degrees. Coat a broiling pan with nonstick cooking spray. Brush both sides of fillets with lemon juice, and then sprinkle with salt and pepper. Place fillets flat side up on prepared pan.

In a small bowl, mix Parmesan cheese, butter, and mayonnaise.

Broil fish about 4 inches from heat for 6 minutes. Remove pan from oven, and turn fillets over. Spread the cheese mixture evenly over each fillet. Top with tomato slices. Broil an additional 4 to 6 minutes, or until fish flakes easily with a fork.