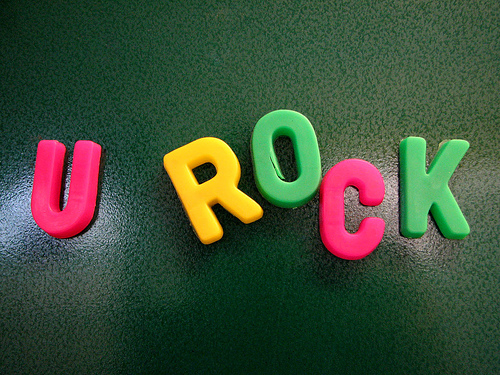 Although copyediting is my least favorite part of the publication process, soliciting blurbs is the part that makes me the most uncomfortable. Blurbs are the short, positive endorsements from other authors, experts and people-more-famous-than-you which are printed on the back of the book. They’re part of the overall strategy to convince the average book buyer to purchase your book.

This is how it goes: First, I have to lure you in with a clever title and/or an intriguing cover. That gets you to pick up the book and read the back, which contains a snappy synopsis that tells you enough about the book to pique your interest, but doesn’t give away the whole thing. Then you read the blurbs, which are meant to give you a final push toward the cash register, reassuring you that well-respected, accomplished people who know what they’re talking about think you should definitely buy this book.

The part that makes me feel awkward is that I have to contact well-respected, accomplished people who know what they’re talking about and ask them to read my book and say nice things about it. It’s sort of the publishing equivalent of asking someone out on a date. There’s always the chance that they’ll reject you outright, and even if they do say yes they might not like you once they take you out. It also makes me uncomfortable because it breaks the unspoken rule of networking, which is that you should give before you take. Leave a penny before you take a penny!

One thing you have going in your favor is that you are usually asking other authors for blurbs, authors who have been in the same position as you. So, another unspoken rule is that if you expect to get blurbs, you should be willing to give blurbs, too. Many authors are very kind about this, no matter how many best-selling books they have or more powerful and famous than you they are. Sometimes people are just busy, though, and don’t have the time or interest, particularly if they’re not really getting anything out of the arrangement, which is completely understandable.

It feels wrong to ask a favor of someone before I’ve done a favor for them, but that’s what you have to do unless you have friends who would make good blurb candidates. I’m fortunate that I have made friends with many published authors due to my experiences with my first book, Half-Assed. Unfortunately, none of the authors I know have written books relevant to headaches or pain. So, as much as I love my published friends and think they’re awesome, asking them for blurbs didn’t make much sense. Instead, I mainly had to contact people I didn’t already know.

Blurbs need to be collected before the book goes to press, but after the author has turned in an accepted manuscript and/or the galleys have been printed. So there’s a window of 2-3 months when you’re soliciting blurbs. My editor and I put together a big list of potential blurb-ers at the beginning of September. I divided the list into sections:

We sent out emails and letters to these people, and the ones who were interested received galleys. Then you just cross your fingers, wait, and occasionally nag in the nicest way possible.

So, here we are, about two and a half months away from the publication date, and we’ve collected four fantastic blurbs from authors I admire. I thank them for the praise they gave the book and for taking the time out of their lives to read it. I got blurbs from:

You can read the blurbs for Chocolate & Vicodin here on the book site (which is still in progress). I’ve integrated my book sites with my identity site, JennetteFulda.com, which got a slight makeover last weekend. Be sure to subscribe the newsletter in the page footer if you’re interested in receiving news and event information about the book. If you were subscribed to my old mailing list, you should be subscribed to this one too, but you can check by trying to subscribe again. If you’re already on the list, the form will tell you. Thanks!