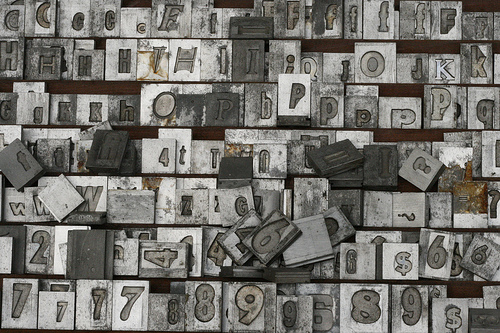 “Sweeeeet!” I said, and before I’d struck the final syllable I thought, Dear Lord, when did the word “sweet” enter my vocabulary? Then I remembered how fat I’ve been for most of my life and realized the word “sweet” probably entered my vocabulary before I was tall enough to grab ice cream out of the freezer. But I was not using the word to describe the taste of cupcakes or the unexpected kindness of a friend. No, I was stretching out the “ee” in the middle as if my lower jaw were arthritic and needed extra time to swoop in to make the sound. I was using the word as if it were substitution for “Narly!” or “Rad!” or some other slang from a subculture I do not belong to. I began using it sometime in the past few months, and every time I do I feel as though my mouth as been possessed by a ventriloquist.

I know many books and doctoral dissertations have been written about the acquisition of language. I hope the writers of one of those works can explain to me why I suddenly find myself using a phrase I don’t consciously seem to be choosing. I’m not sure if I have a prejudice against the word “sweet” or if I’m just annoyed whenever I notice a verbal tick of mine. A few years ago I noticed that I say, “Oh, okay,” a lot when someone else is telling a story. I suppose I do it to acknowledge that I am engaged and listening and have understood what they’ve said and am proving these feats of mental focus with three simple syllables, typically accompanied by a double head nod. But now that I’ve noticed that I do it, I’ve noticed that I do it all the time. I suppose I should search for a replacement phrase, or rather an artillery of replacement phrases, so I’m not just subbing one tic for another. I need an instant thesaurus for my mouth.

Not all of my vocabulary expansions are mysteries. A girl in my junior high school English class used “Dude” to start half her sentences, which I initially thought was really weird. Now I throw out several dudes a day—uh, the word, not actual dudes. A guy in my senior high school English class used the word “random” a lot, which I eventually adopted, too. When Battlestar Galactica was on the air I’d occasionally ask “What the frak?” which was the clever way the sci-fi show found to curse on basic cable—by making up their own curse words. When I watched Farscape it was “What the frell?” I guess we’re always learning new words, like “tweet” or “iPod,” or using old words in new ways, like “I’ll text you” or “I’ll google that.” (The original definition of “google,” as taught to me in 2nd grade before there even was a world wide web to search, was the number 1 followed by 100 zeroes.) I wonder if I’m losing words too, like all the ones I crammed into my head before the SAT. I feel like I should know what “supercilious” means, but I’m only 50% sure I do.

Do you keep recycling the same words and phrases over and over? I’ve noticed some tics in my friends and family, that I will keep private so they do not feel self-conscious and murder me. But I don’t think any of them have been saying, “sweeeeeet.”