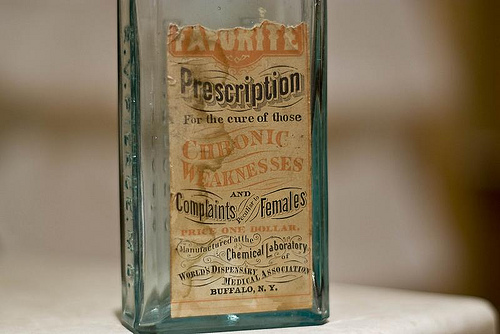 The movie had started and the lights were still on. They had dimmed to half power, but I could still see the people in the theatre around me and the popcorn on the floor. Great, I thought. The film is so old that the coding that automatically turns off the theatre lights has worn off the strip. My brother used to work the projection booth at this theatre many years ago, so I knew that’s how the lights worked.

I didn’t want the lights to bother me, but they were, so instead of sitting and simmering silently, I told my friend where I was going, and fast-walked to the ticket booth in the lobby of the theatre. I told some teenage ushers about the problem, one of them got on a walkie-talkie and I fast-walked back to the theatre, hoping the first four minutes of The Blind Side did not contain any complicated back story.

I got back to my seat and the lights were still on. Five minutes later they were still on. Five minutes after that they were still on too. It was now obvious that the lights were going to stay on for the rest of the movie. I didn’t want to run out to complain again and miss more of the story, so I sat in the half-dark telling myself the lights were not that big of a deal and that I should just let it go and enjoy the movie and—Oh my God! I hate those little pimply-faced $%^&wits! How hard is it to turn off the mother$%*^ing lights!! And so it went for the rest of the film, during which my mind was split between the story onscreen and the film I was imagining in my head in which I smashed a bucket of popcorn over an usher’s head.

One of my unofficial resolutions for the past few years has been to stand up for myself, or more colloquially put: don’t let people treat you like shit. I haven’t written this down on any of my goal lists, but it’s a personal growth thing I’ve been watering and placing in a sunny spot, hoping it will grow. Once the film was over, I went into the lobby and told an usher who was sweeping the floor that I wanted to speak to the manager. After two minutes spent seething, I was directed to the girl I’d spoken to earlier who had the walkie-talkie on her belt.

“Oh, yes,” she said. “We sometimes leave the lights on during a film if a parent has requested it in case they need to take their child out of the theatre,” she explained as if this would now resolve the situation, eliminate my anger, and leave me to happily bounce out the door. First, someone should have made an announcement at the beginning of the film telling the audience about this policy. Second, after I complained, someone should have come back and told me what was going on so I wouldn’t have spent half the movie pissed that they’d ignored me. This problem was definitely not resolved.

“It completely ruined my movie experience,” I told her, which was true. I couldn’t stop thinking about the damn lights and the usher’s blatant disregard of my request throughout the film, even though I tried not to. Zen, I am not. “I’d like a refund,” I told her firmly. So, she went into the booth and came back with free passes that my friend and I could redeem for another movie.

I have always avoided conflict and I still hate being in tense, confrontational situations. However, I also hate brooding over what I should have done and what I should have said when someone has wronged me. So, when the situation genuinely calls for it, I’ve started to complain. I don’t scream. I don’t stomp my feet. I use a stern voice and make it clear I’m displeased, but I let people know. Part of me felt bad for picking on a little 16-year-old girl who I knew would whine to her friends later about the bitchy customer she had dealt with today, but a bigger part of me was happy I stood up for myself and let the movie theatre know they’d done a crap job.

A month earlier, after my family had gone out to dinner for my mother’s 60th birthday, my mom came home to the lovely gift of a night of vomiting and diarrhea. I called the restaurant to let them know what happened, and they sent us $30 of gift cards. See! Complaining totally works! I wasn’t a bitch about it, I just told the restaurant about the problem. And, ok, their food made my mom vomit, but we’re happy to go back as long as we don’t order the lobster bisque. More importantly, I felt proud for sticking up for myself.

A few weeks after the experience at the movie theatre, my friend and I redeemed our tickets to see Up in the Air and we were very pleased when the theatre lights were turned off. The smile on my face remained for about five seconds. That’s how long it took me to realize half the film was positioned off the screen.

I turned to my friend. “This time it’s your turn to complain.”