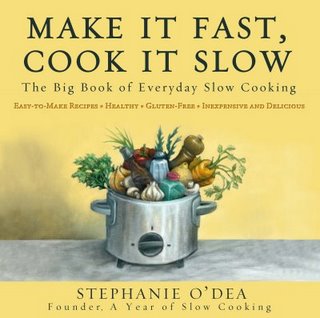 I didn’t intend for this blog to suddenly become PastaQueen’s book review bonanza, but that’s how everything landed, so let’s just go with it, ok? My friend, Stephanie O’Dea, who blogs at A Year of Slow Cooking just released her first cookbook, smartly titled Make It Fast, Cook It Slow: The Big Book of Everyday Slow Cooking. Please note the usage of the word “slow cooker” and not “crockpot” which is a trademarked term that we will avoid for fear of litigation.

Steph sent me a copy of her book, so I decided to kill two birds with one stone, or rather kill half a peck of apples with one recipe. 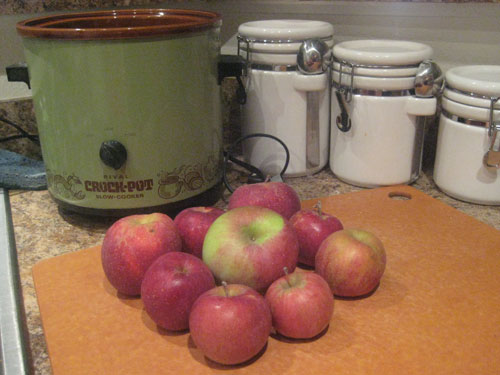 I dug out my mother’s slow cooker, which is literally older than I am, and grabbed nine apples from my freshly picked peck, to make the Apple Crisp recipe on page 402. This meant I got to use my favorite kitchen appliance, the apple slicer! 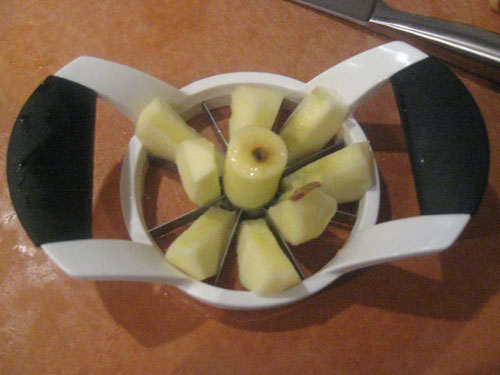 My knife skills are nothing to brag about, so I spent at least 15 minutes peeling the skin off of the apples, but once that was done it was very easy to literally throw this recipe together. I tossed all the ingredients into the slow cooker (not the crockpot!) and then cooked it on high for a little over two hours. 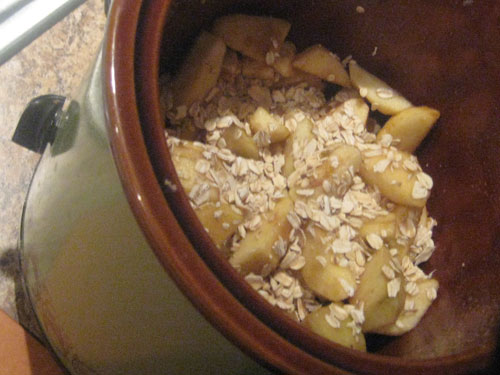 The result was a warm, yummy treat for a cool October afternoon. As a bonus, the apartment smelled really nice too.The recipe uses butter and brown sugar, so it’s not exactly a low-calorie desert, but that’s probably also why it tasted so good :) I did substitute the 1/4 cup of orange juice for Crystal Lite peach tea in a compulsive effort to cut calories and it turned out just fine. 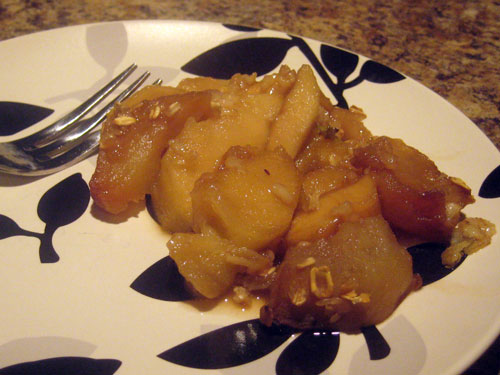 I don’t really like to cook, so I like the idea of dumping a lot of stuff into a slow cooker and having a finished meal a few hours later. I was also surprised by all the different types of food you can cook in a slow cooker, like desserts, lattes, and dip. There is a recipe for an egg, feta and mushroom breakfast casserole that I’m going to try out soon too.

You can buy the book on Amazon, or read more about it on Steph’s book page.

Earlier: Blogger’s Secret #1: When you don’t want to write a real entry, post cat pictures instead!