I visited a bookshop in Chapel Hill called The Bookshop, a feat of creative naming I have not seen since my 6-year-old self named my stuffed dog “Doggy.” The Bookshop did not feature dogs, but two cats instead. 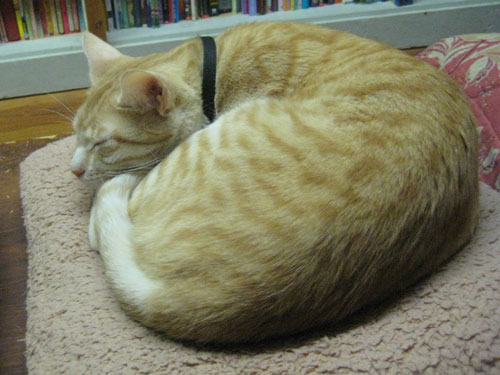 Red was hanging out in Kiddie Lit trying to get a catnap when I paparazzied him. I strolled further down the seemingly endless, narrow hallway that comprises the Bookshop, wondering if I’d entered a TARDIS. At the very back, in North Carolina books, I found Elmo. 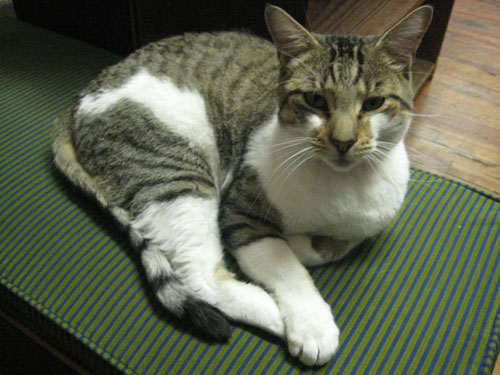 Elmo gave me a look that seemed to say, “Fine, take my picture and then beat it.” The kitties had beds and scratching posts in the bookshop window with a sign that asked patrons to please not knock on the glass. While we were there, someone entered with their dog who was not on a leash. They were promptly told to beat it before a cat vs. dog battle could ensue.

I wish the book stores in Indianapolis had cats. For now, I have to settle for the independent pharmacy on the north side that has a parrot.