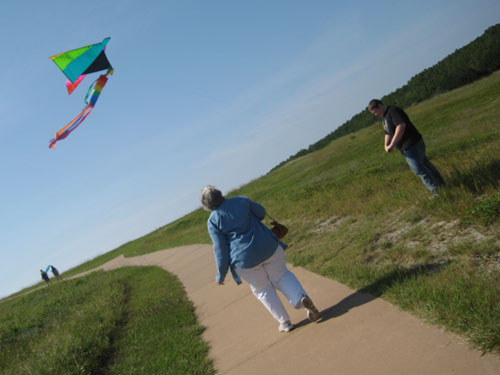 I couldn’t help but hum Let’s Go Fly a Kite as my brother was running around Kill Devil Hills trying to launch my mother’s rainbow flying machine, complete with streamers. This new theme song was somewhat welcome on our North Carolina vacation last week, because after we’d eaten sandwiches at a place called The Yellow Submarine I’d had that Beatles song stuck in my head. The wind wasn’t that strong, but we were able to make the kite fly for several minutes at a time. Then we hiked up the rest of the BFH (Big F**king Hill), which I thought they were going to have to rename “Kill PastaQueen Hills,” to see the Wright Brothers memorial. 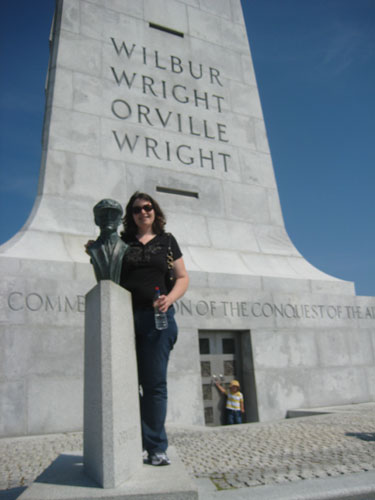 That’s me, hanging out with Orville, while some kid tries to break into the monument in the background. Kill Devil Hills is right next to Kittyhawk where the Wright Brothers discovered motorized flight. Did you know they owned a bike shop? I wonder if they could adjust my brakes for me.

After we got back to Durham, we went to a baseball game featuring the Durham Bulls. There was a billboard with a bull in left field, which was cute enough on its own, but when someone scored a home run its eyes lit up as an angry red, smoke came out of its nose, and its tail wagged. It was way more awesome than the baseball game! 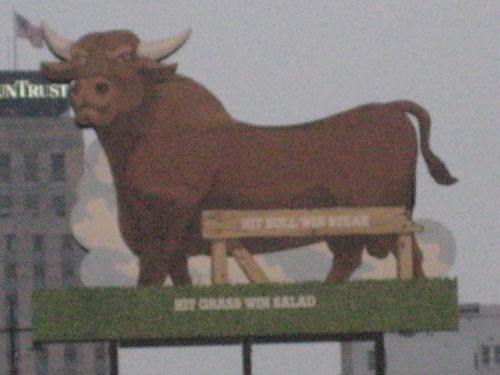 Earlier: King Tut in Indianapolis (with narration by Harrison Ford!)