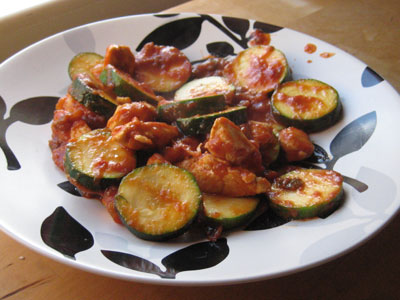 The good thing about posting a recipe every weekend is that it forces me to cook. I’ve gotten rather lax about making my own meals lately. I use a lot of energy fighting my chronic headache, which hasn’t left me much strength to do normal things like cook or do the dishes or floss every night. Instead, I’ve been eating pricier instant dinners or buying wraps and salads from Whole Paycheck. But here’s a recipe that wasn’t too taxing, didn’t take too long to cook and mixed up my protein and veggies into one tasty, filling meal. 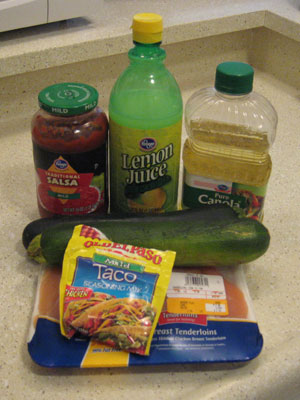 Coat 12-inch skillet with 1 Tablespoon of oil and put on high heat. Add chicken and marinade. Stir-fry until chicken is no longer pink in the center. Remove from skillet.

Add remaining 1 Tablespoon oil. Add zucchini and yellow squash and stir-fry for about 4 minutes or until vegetables are crisp-tender.

First I chopped up some skinless chicken breasts into bite-sized pieces and stirred them into a marinade of lemon juice and taco seasoning. The recipe says to use chili powder, but I prefer the taste of these taco seasoning mixes made by Old El Paso. You’re supposed to let that sit for 15 minutes, but I never do. Me want food now! Me hungry! 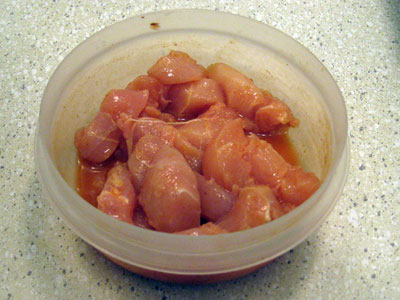 Next I took the zucchini out of the fresher drawer because their skin was getting wrinkly which was a sign they were getting old, just like in humans. I usually also use a yellow squash, but I didn’t have any and I DID have two zucchini, so no squash for me this time. So, yeah, so far I’ve followed the recipe by about 50%, and later on I’m not going to use cilantro either. If you’re new to cooking, it’s important to learn that this is ok. Modifying recipes for your tastes and for what you have on hand is fine and actually encouraged. 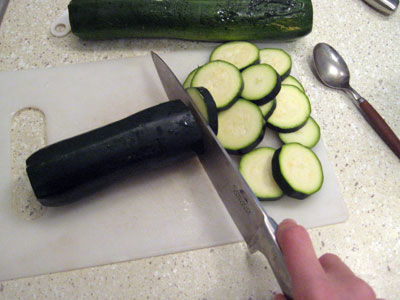 I cooked the chicken until it was mostly done, which didn’t take long since the pieces were so small. Then I dumped that on a plate and cooked the zucchini. Once they looked crispy, I dumped the chicken back in and then dumped the salsa on top of that. It was like a game of musical chairs with produce and poultry. 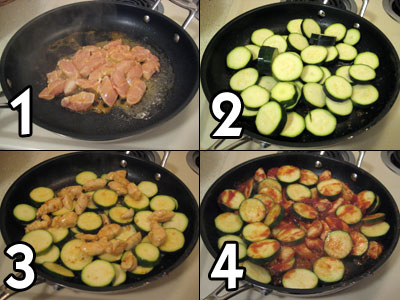 And that’s that! The southwest chicken stir-fry is ready to serve! Yum.

Later: Early voting diary a.k.a. the road to hell is paved with campaign posters

Earlier: You can always impress someone