American Nastia Liukin won the all-around gymnastics gold medal, last night/morning (depending on your time zone). Watch out, Nastia, I totally could have been a gold medalist too if I’d stuck to my gym classes as a kid! (Never mind that I am 5’9″ and would be a lumbering giant on the mat.) 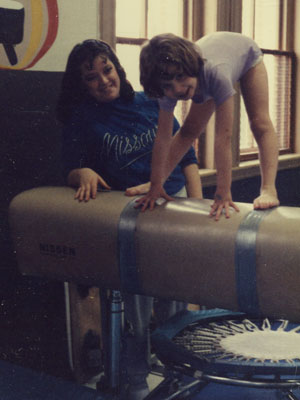 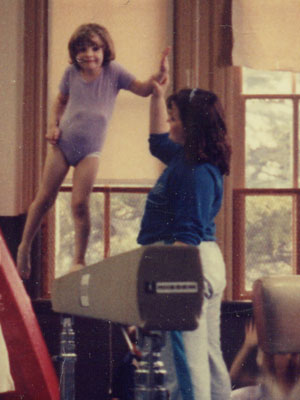 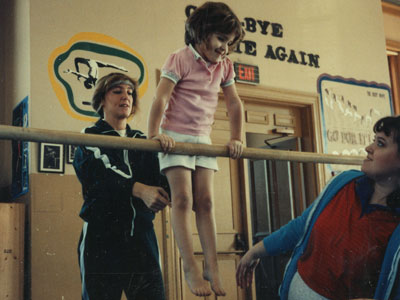 When I watch sports on TV, I sometimes wonder if I could bike a century in record time or be a world class volleyball player if I’d only had a love for the sport and dedicated myself to it for over a decade. Or are some people’s bodies just naturally designed to be better at certain talents than others? I used to wonder if I could have been a world-class pianist if I hadn’t dropped my piano lessons after three years.

I don’t regret giving up gym classes. Going over the uneven bars was SCARY. And the balance beam is very narrow and was as high off the ground as I was tall. But you know what the strangest thing is about looking at these old photos? They were taken before the current Olympians were even born.

So, in all the years I’ve been living, if someone were to dedicate themselves and work hard enough, they could become an Olympic caliber gymnast. It only takes about15-16 years, and maybe less than that if you believe the rumors that the Chinese gymnasts are underage. When I think about an accomplishment like a gold medal, it’s so lofty that it seems unattainable. But ultimately it is something that can be achieved in a finite amount of time, if you get a little better every day. I suppose it’s not too different from weight-loss in that sense.