When my older brother was in elementary school, he came home one day and asked my mom for a dollar to buy a raffle ticket. This was the 80’s, so a dollar could buy you at least two gallons of gas back then. It was big money.

The school was raffling off prizes as part of a fundraiser and my brother had his eye on the shiny, yellow, 10-speed bicycle. My mom gave him a dollar and prepared for the fallout when the young boy had a sudden lesson in probability outside of math class.

The next week he walked home with a shiny, yellow, 10-speed bicycle. Screw you, probability!

When Lipton Tea contacted me asking if I’d like to give away a bike on my web site as part of a promotion for their new Lipton’s White Teas, I thought of my brother and decided, “Yes, I would!” I try not to do too many corporate promotions around here since I consider this to be a personal blog and I don’t want to turn into a corporate shill or get a reputation as a sell-out (especially since they’re not paying me). But like I’ve said before, I do enjoy playing the part of Robin Hood and taking items from public relations people and redistributing them to my readers. Plus, the PR company, Ogilvy, put together a blogger code of ethics which they referred to in their contact e-mail which I think is an excellent idea. Every PR company should do this.

So here’s the deal. Lipton is hosting a “Free Your Y” contest at www.areyouyoungenough.com and if I’d actually gotten my act together before the deadline of May 11 you could have entered a video for prizes over there. Oops, sorry! I’ve been busy. You can still go over there to vote on the winners starting May 17.

However, Lipton is still giving away a Lipton branded Fuji Crosstown 2.0 bike to “help underpin the concept of embracing our youthful spirits” as the press release says. Read more about the bike here . 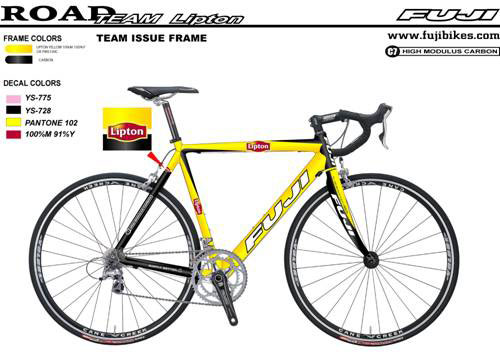 To enter the contest, comment on this post (using an email I can contact you at) with the story of how you learned to ride a bike. Or if you haven’t learned how to ride a bike, the story of why you have not. I love reading your stories. I will leave the comments open until 11:59pm on Saturday, May 17th. Then I’ll randomly draw a winner. Only US residents are eligible. My apologies to the international peeps! 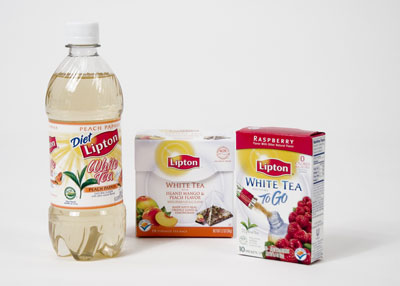 Lipton also sent me some White Tea samples, and I have to say, they were pretty good. I drink a lot of the Crystal Lite peach tea drink, and these tasted pretty similar just in lots of different flavors like raspberry and peach papaya. My dad tried the island mango and peach flavor hot tea and said it was good. No, they didn’t pay me to say any of that. (I don’t think they paid my dad either, unless he’s got some secret deal on the side.) If I like a product, I don’t mind saying nice things about it. If the tea had sucked, I probably wouldn’t have mentioned it at all. The “To Go” packets are rather handy because you can dump them in a 16.9 fl oz water bottle, shake and drink. They’re zero-calorie too. I’m trying to cut back on caffeine though, so I probably won’t be sucking down too much of the stuff.

Disclaimer from Lipton Legal: The Pepsi/Lipton Partnership will provide a check for $75.00 to be used for professional assembly of all Lipton Fuji bicycles awarded. Neither Pepsi Co. nor Unilever is liable for any injuries, damages or accidents that may result from the receipt, assembly or use of this bicycle.