As I was watching the NOVA Marathon Challenge last night, which followed twelve regular people on “Team NOVA” training to run the 26 mile Boston Marathon, I came to a shocking realization. I too was once on Team Nova. 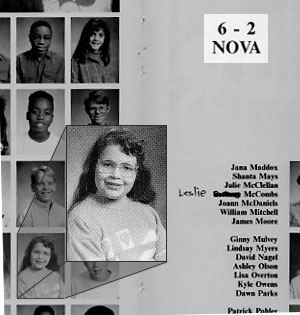 Sixth grade. Louisville, Kentucky. Westport Middle School. Each grade was separated into three or four teams of students who had the same teachers. It was a way of dividing up the student body to make them more manageable. Our teams were astronomically themed: 6-1 Nebula, 6-2 Nova, 6-3 Pulsar, and 6-4 Fine Arts and Humanities a.k.a. Snobby Little Bitches who were too good to be named Quasar or Red Dwarf. As you can see I was chubby even back then and had a propensity for correcting our yearbook staff’s typos with a ballpoint pen. I was on 6-2 Nova, but they never made me run a marathon to graduate, thank goodness. I didn’t even have to take PE. Otherwise I might have been a sixth grade drop-out.

They expected at least half of PBS’s Team NOVA to drop out over the nine month training period due to injuries, but amazingly only one women had to quit. And that was only because her legs were literally shattering with stress factures due to her diabetes and the repetitive stress of running. My favorite team member was probably Betsey, who started out 70 pounds overweight with, as the narrator so tactfully put it, a body that was almost half fat. She almost had a heart attack right there on PBS during the preliminary health testing, but after being OK’d to train went from being the slowest female runner to being the fastest. She lost 40-something pounds, ran the marathon with a urinary tract infection, and according to her profile just came back from mountaineering in France. I would totally hang with Betsey, at a coffee shop or off the side of a glacier, whichever she prefers.

Other interesting points they covered:

I wish the special had been longer. I still had questions about what they were eating and wanted more details of their training schedules. They also could only cover a few team members in depth and basically ignored others. Since they expected half of them to drop out, maybe they just ran out of time. When they showed footage of the race they kept following some guy with orange hair and I kept wondering, “Am I supposed to know who this is?” I guess his story did not have enough personal trauma and drama to be covered in between CGI animations of the circulatory system. It must suck to spend 9 months training for a marathon on PBS and then only be referred to as the orange-haired guy in some blogger’s review.

When I saw everyone cross the finish line despite urinary tract infections and knee pain and pieces of glass in their feet (seriously, no joke), I almost cried. And my feet are shard free. Then I watched an episode of Frontline afterwards which was about the life of an undertaker and featured a dying baby. That really did make me bawl my eyes out because there is nothing funny about dead babies.

If you missed the marathon challenge, you can watch it online because PBS is cool like that.

Later: Weighing in on October