Birds of Prey is a comic book about a group of female crime fighters, complete with witty dialogue, endearing female friendships, and lots of ass-kicking. It’s also written by a female author, Gail Simone. Basically, the only way it could have been more engineered for my liking is if they printed it with chocolate ink. Black Canary is my favorite character, not just because she looks great in fishnets, but because she loves food! See exhibits A and B behind the cut. 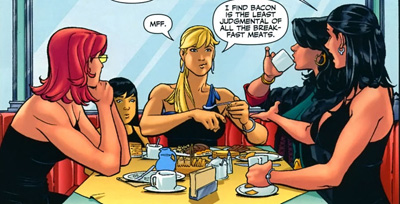 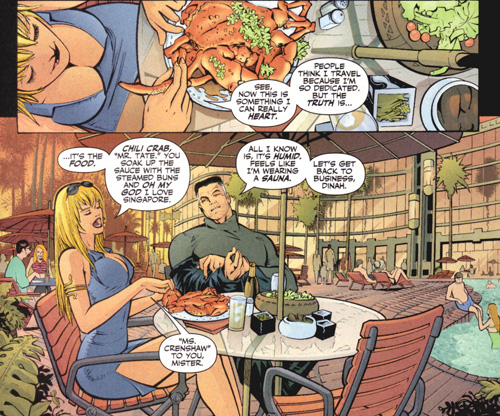 It’s so refreshing to see a woman in the media genuinely enjoying food and not feeling a smidge bit guilty about it. And why should she? When you’re battling crime bosses and perfecting your flying kick every night, you’ve got to carb load. It’s particularly enjoyable to see a woman pigging out who’s thin. Typically on TV shows it’s the fat character that’s seen stuffing their face, as if we wouldn’t notice they were fat unless they had a drumstick lodged halfway down their throat.

Of course, Black Canary sometimes lets her love of culinary delights come in the way of her work. 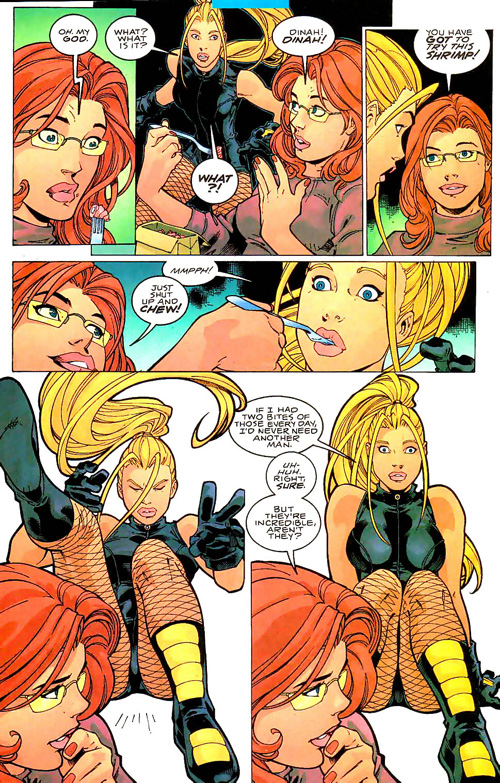 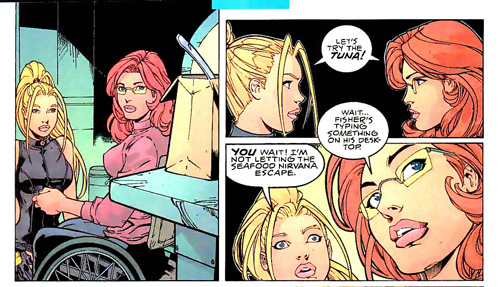 Don’t worry, she worked through the bloat and came out victorious. If I wasn’t having some loose skin issues, I might consider dressing up as her next Halloween. I’m sure she’d love the candy. Though fishnets and a leotard at the end of October don’t sound very appealing. How do these superheroines do it? Does all the leaping and kicking and dodging keep them warm? I get chilly on the trail in a sweatsuit when it’s only 50 degrees out.

I think her influence is wearing off on me though. I was scanning the adult education classes locally and I’m seriously considering signing up for Turbo Cardio Kickboxing. What makes it turbo? I have no idea, but I’m willing to find out. Hee yah!

Earlier: Fat is a Feminist Issue